Management: The issue and act of the episodes of these two shows, Shigofumi’s Episode 3: “Friends”, is, of course, a rather controversial point of discussion in popular and private discourse, and so my intention, with this essay, is to posit Shigofumi’s musings on the subject in the respectful, yet thought-provoking way. Additionally, while I may hold a positive opinion overall of this show, this piece in no ways serves as a comprehensive review of the series, but rather an articulation and analysis of an interesting set of ideas brought up.

An Issue Not To Be Taken Lightly

Suicide. The weightiness of this issue and act is today, undoubtedly, the subject of much study, debate, and crusade in the public arena. You have public health statistics of suicide rates, religious orders, ethical codes, and passionate, personal sentiments claiming moral positions against suicide, news organizations speculating on the latest high profile suicide case. There are families and friends out there who know someone they were close to take his or her own life.

During lunch break, Tooru Kotake discusses with his friends about this strange curiosity that nearly possessed him one day while waiting for the train. He was thinking of jumping in front of it. The way he explains it, it’s not like he had any acute or chronic underlying traumas, or much in the way of a death wish either. He was just curious what it would be like to jump.

The next day, his friend Daiki Senkawa was found dead, apparently of his own intentional hand. The school was abuzz, some students troubled but many others eager to get their momentary shot of fame on TV. The local news stations were speculating, news anchors and guests make passes at the possible causes, and news reporters accosting students about details. The local detectives were scrambling to find out why. The official investigation produced the following: A relatively ideal life. His public persona, warm and cheery, evidently matched his private life. He had no problems with bullying at school, nor did he have any issues of abuse at home. He was, by seemingly all accounts, a good student and a good son. 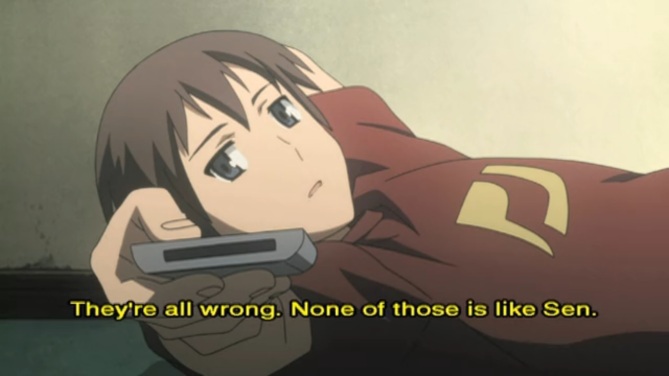 But there must have been something, everyone including his father wondered, so much so that said father decided to take Tooru’s entire class hostage and conduct a literal shotgun trial to find out.

Fumika later appears in the midst of it to deliver, by whatever means necessary, Daiki’s shigofumi to Tooru. A shigofumi is a letter (fumi) delivered from the afterlife (shigo). By supernaturally established rule,  the words written on them are the sincere sentiments of the author who wrote them. 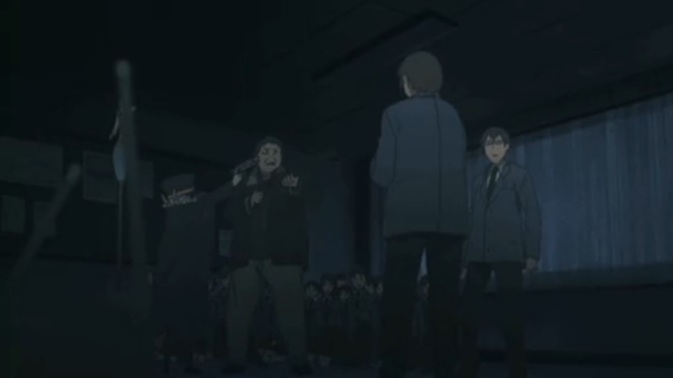 Except that it’s not. 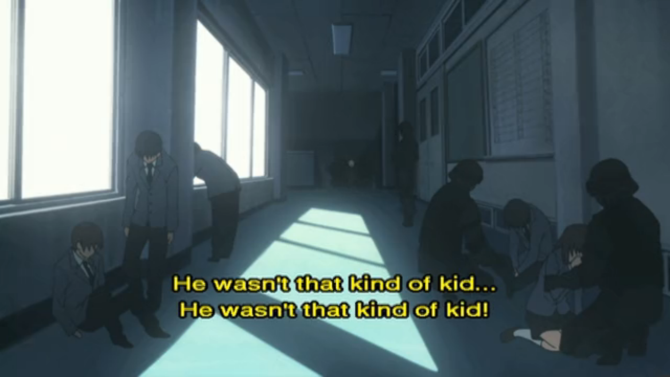 How Suicide Isn’t Just About You

This particular reason for suicide is fairly uncommon, relatively speaking. The episode posits a number of more relatable causes, bullying at school, abuse at home, and apathy syndrome, which is probably warmest to the actually happened here in this case. The suicide here, however, was framed the way it was as a control factor of sorts, so that we, the audience, aren’t distracted or skewed by possibly interfering elements that’d blur how we’d receive the consequences of suicide. Needless to say, the episode was primarily meant to examine the ripples suicide makes.

So to the matter… why not, says Daiki?

Unlike other people, who get so worked up by anxiety or depression that they kill themselves in the tunneled heat of a bad episode, he made a decision that was supposedly calculated. Nothing about his life matters that much anyway to spare himself the attempt of finding out what lay beyond the act of jumping.

Could you calculate your classmates getting hurt the way they did? Did you account for your father? How about how your friends feel about this? What about this whole mess they ended up in because of your actions? Could you honestly say to your traumatized classmates, your grieving father, and your friends, to their faces, knowing this situation was an inevitable reality, or even a likely possibility, as because of your intellectually motivated reason of…

…why not? Suicide may have more far-reaching and severe effects on people than you think you know. Or did you already calculate for that?

6 thoughts on “Shigofumi: How Suicide Isn’t Just About You”