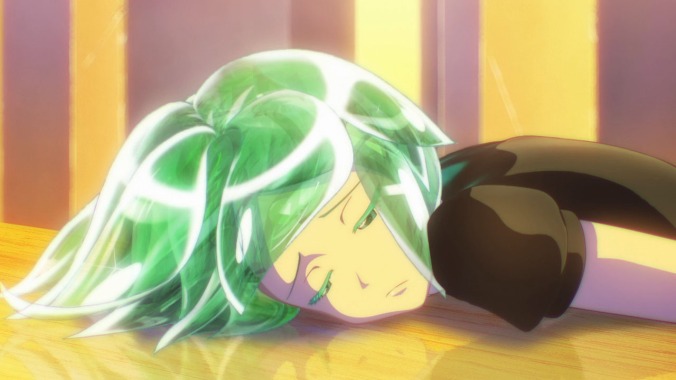 Non-management: In my quest to find fulfilling employment, I found a job, finally: an ALT position on the JET Program. To give everyone a run-down on what it is, the Japanese Exchange and Teaching (JET) Program is an initiative sponsored by the Japanese government to increase the English proficiency and overall worldliness of the Japanese people. Japan is notorious for having a very insular culture, and having an even worse level of English proficiency relative to its Asian peers. As an effort to better adapt the country’s economy to the forces of globalization and otherwise connect the country’s citizens more closely to the international community, the Japanese government has been inviting English-fluent professionals to staff the country’s educational institutions and international outreach offices.

To give you my honest and academic assessment of the JET Program’s efficacy, based off the studies that I’ve dug up and read, the research results of its language education component have been mixed. Part of the explanation for those lackluster results has included the fact that many of those professionals invited lack an education degree. Despite these problems, according to those same studies, the JET Program has been successful at fostering a more nuanced and overall positive impression of foreign countries like the US among individual Japanese.

END_OF_DOCUMENT_TOKEN_TO_BE_REPLACED

At the intersection of philosophy and theology is a word that both these disciplines have used to describe ultimate truth: God. God, in both senses of the word, is a concept that’s too abstract for newborn babes to fully appreciate as they mewl from their mothers’ wombs into a cold world. We open our eyes, our vision yet fully formed, and the very first beings to actively engage our sight (and the rest of our senses) are our parents. They take us into their care and teach us things: practical things, like how to walk, and ideological things, like how to see the world. We are taught by, ask, observe, and learn from our parents. We are made in their image and likeness, our first and most intimate mentors. For us humans learning how to be, the closest and most tangible thing to a God that we can appreciate in our early years are our parents. As we grow older and learn to respect other authorities, to realize that our parents are not always infallible and omniscient, but sometimes wrong in their judgments and even debase in their worldviews is tantamount to some betrayal. My mother and father were my Gods, my go-to sources for knowledge and wisdom. Now they are not, and I’ve had to struggle with the fallout of our strident disagreements.

In Land of the Lustrous, the effective parent of Phosphophyllite, Cinnabar, and all Lustrous beings was Kongo-sensei. He carved them from his hands, gave them names to identify with and cherish, taught them of the world, and gave them purpose through specific roles in their society.

In turn, all the Lustrous, and Phos initially, looked to Kongo for affection and guidance as their effective parent. As his effectively beloved children, they placed their complete faith in him and trusted him unconditionally. But eventually, Phos began to feel their relationship with him needed a more critical evaluation. They discover Kongo concealing something important from the rest of the Lustrous, something related to the Lunarians. The rest of the Lustrous confirm to Phos that they suspected Kongo was hiding things from them all along. They were content to leave it be. Phos wanted to prod at it further. Slowly, gradually, Phos sought answers to inquiries about the Lunarians that Kongo wouldn’t answer but Phos believed he knew the answers to. Kongo appeared to be letting the Lustrous suffer by withholding important information about the Lunarians. However Phos, in the end, couldn’t bring themselves to hate the parent who raised and nurtured them. Phos began rebelling against Kongo, though Phos’ feelings toward him remained conflicted. In being recast from the God-parent role he was always seen as by his charges into a flawed parent that he always was, Kongo is revealed to share more qualities with Christian saints than with of Buddhist boddhisattva. This Christian-informed observation is little odd, considering the show’s heavily Buddhist presentation.

END_OF_DOCUMENT_TOKEN_TO_BE_REPLACED

Non-management: My latest article for Crunchyroll is on The Ancient Magus’ Bride. 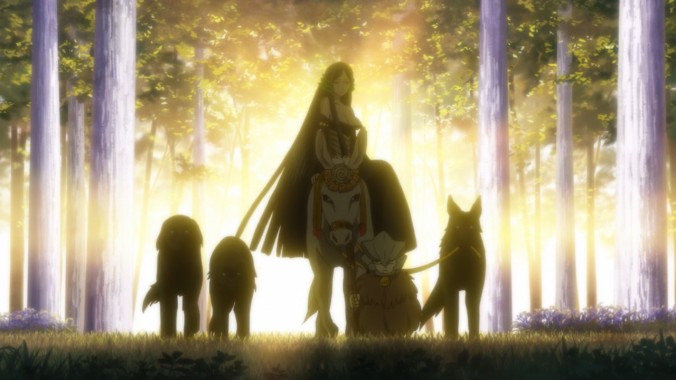 The Ancient Magus’ Bride is a world of magic. It’s a world of magical creatures inspired by English, Irish, Scottish, Celtic, Welsh, and European literature, myth, and folktale of yore. The creatures come in all shapes and sizes. They may look more like animals. They may resemble human beings. They can look like a cross of both while looking quite alien. They may be absolutely adorable to see, or a little hard to stare at. Many of these creatures are quite intelligent, with the intelligent ones sporting strong personalities. They’re autonomous beings, and they often act out of their own interests — helping those that do favors for them and tricking others that intrigue or annoy them… READ MORE HERE

Management: This essay is meant to be less of a review and more of analysis of the show being examined. It contains major plot spoilers for the Puella Magi Madoka Magica anime.

I can’t say that I ever liked Sayaka Miki much throughout my initial watch and subsequent re-viewings of Puella Magi Madoka Magica. I suppose part of it may have to do with her hyper-judgmental and antagonistic attitude toward Homura Akemi, my favorite magical girl in the series. A lot of it definitely is definitely connected to her demanding Madoka Kaname to become a magical girl too, knowing full well that the magical girl life has given her immense grief. Becoming a magical girl in Madoka Magica includes the transfer of one’s soul from their body to an external vessel, a soul gem. The body becomes soulless, and to Sayaka, the revelation that she was turned into some kind of zombie was horrifying. Sayaka believed that she gave up her soul and, consequently, her humanity to become a magical girl. For her to insist, afterwards, that her best friend should give up her humanity so that she can be good enough is just monstrous. I understand that she was in a bad mood, but that’s still no justification for her behavior.

Some hero she turned out to be.

Strangely though, I’ve noticed more than a handful of people on AniTwitter claim Sayaka for their avis while declaring openly that Sayaka is their favorite magical girl in the show. I didn’t really hate Sayaka by the end of it, but I didn’t have much love for her either. Eventually, the passionate and enduring appeal that Sayaka had over others prompted me to re-evaluate her character. Granted, Homura remains my favorite magical girl in the series even after that bout of soul-searching. However, I’ve grown to appreciate Sayaka far more than I used to. It’s quite similar, actually, to how I’ve grown to respect Iori Nagase in Kokoro Connect, despite clearly fancying Kokoro Connect’s Himeko Inaba more. I wonder if it’s because I wasn’t paying enough attention before. Or maybe it was because there was a familiar aspect of hers deep down that I didn’t consciously realize. She’s an innocent idealist underneath her teenage bluster, but that same idealism left her sensitive to nihilism and despair. I’d say that she’s a little like me.

END_OF_DOCUMENT_TOKEN_TO_BE_REPLACED

Non-management: My latest article for Crunchyroll is on March comes in like a lion.

The art! The shogi! The life lessons!

March Comes in Like a Lion just recently came out of its 3-week hiatus and won this year’s Crunchyroll Anime Awards category for “Best Continuing Series.” If you’re curious about the show but need just a little more persuading before dropping into this 2 season anime, I have 5 reasons for why you should dive in… READ MORE HERE

Management: This essay is meant to be less of a review and more of analysis of the show being examined. It contains plot spoilers for the Citrus anime.

Class S may no longer be its formal genre anymore, but its generic influence can be still felt in anime that play with yuri, or Japanese lesbian, tropes. Anime periodically invokes the settings and set-ups associated with Class S: all-girls academies, often private and prestigious; bouts of flirting between one female classmate and another; one girl playing a dominant, instrumental, even manipulative role… the other, a submissive, expressive, and even sheepish one; romances that are clandestine and forbidden; school loves that end where they begin. Homosexuality between girls is considered relatively tolerable in Japan, in fictional worlds and the realities outside them, at least until they graduate and grow up. When they do, they’re expected by society to get married to men and raise families with children. Unlike the puritanical parts of the West, the culture in Japan sees homosexuality as less a moral sin and more a social one. Japanese men and women are expected to contribute their part to overall community. Men do it by being breadwinners. Women do it by being mothers. Sans extraordinary means like in vitro, women can’t exactly give birth to children if the only people they’re having intimate relations with is their female partners.

Many anime nowadays refrain from playing with Class S tropes straight, even as they’re inspired enough to invoke their imagery. They comment on and subvert the Class S genre, which works under the assumption of a controlled and temporary environment. Psycho-Pass features an arc with a dominant female personality seducing a submissive girl. The show later pulls away the curtain as the plot progresses. The submissive girl is later murdered and mutilated into grotesque artwork, and the dominant female is revealed to be a serial killer. Lupin III: A Woman Called Fujiko Mine features a dominant Fujiko, disguised as a teacher at an all-girls academy, seducing a seemingly timid student so she can filch her family heirloom. The tables are turned in just before climactic scene of sexual intimacy, where the student reveals himself as a male inspector and dominates Fujiko by stripping her nude and tying her up. Flip Flappers features Papika and Cocona being trapped in an illusory Class S universe. Papika and Cocona later escape it, suggesting that their arguably romantic affection for each other can escape the school-end confines of the Class S genre.

Given all these examples of Class S comments and subversions, what does Citrus do special?