Management: This essay is meant to be less of a review and more of analysis of the show being examined. It contains plot spoilers for the Your Name anime.

We’re acquainted with these tales of from folklore and myth, the premises of horror stories, those testimonials people caught on special TV channels: a place of some awful significance is haunted by undead spirits. Moldering graveyards, abandoned asylums, scarred battlefields, places of disaster… In the fields of Gettysburg, for example, some locals claim that they can hear the dead, soldiers from long ago who haunt the former battlefield. Gettysburg was the location of the American Civil War’s bloodiest battle, and its legacy as the site of mass slaughter has made the more superstitious perceive it as a site of restless energy. In the popular imagination, these places serve as liminal spaces, locations and sites where all-too-natural dichotomies are not normally observed: death intermingling with life, life intermingling with death. The dead have not passed into the afterlife, the ether, or permanent rest as they ought to have. Instead, their undead spirits wander the grounds, bound to some place of awful significance.

While Your Name is not a horror film in the way the genre is conventionally understood, the narrative of Your Name plays an awful lot with liminal spaces. The concept of liminality in religious and anthropological studies has a definition that’s a little broader than just the spaces the mortal and the infinite occupy. Liminality is the concept referring to transformation and intersection, where clearly delineated dichotomies of “one” blur and bleed into the “other,” branching into or becoming new and distinct entities. Life and death is the domain of liminality, but so is the profane and the sacred; the child and the adult, the individual and the communal, this direction and that, this person and that, and even time and space itself. Directed by Makoto Shinkai, Your Name is a story layered with examples of its characters passing through various thresholds, states, and spaces of liminality to resolve a conflict. The film starts with the blurring of one traditional dichotomy: the inexplicable bleeding of its two protagonists into each others’ lives, a body-swap. Midway, the film grounds its supernatural gimmick with its extant reason: a place of disaster.

END_OF_DOCUMENT_TOKEN_TO_BE_REPLACED

Management: This essay is meant to be less of a review and more of analysis of the show being examined. It contains plot spoilers for the Angolmois anime.

Under the leadership of Genghis Khan, the destiny of the Mongol people was transformed. From the squabbling horse tribes of the steppe, they were now the mounted conquerors of empire. Unified as a people, the Mongols challenged the august authority of the Celestial Empire: China. They took that authority for themselves, tearing the stars from their skies, crushing Chinese resistance in the north and declaring themselves China’s new rulers. The grandson of Genghis Khan and the third leader of the unified Mongol horde, Kublai Khan turned his conqueror’s appetite toward the Land of the Rising Sun and ordered the first of two Mongol invasions of Japan.

It is in this historical backdrop that Angolmois: Record of Mongol Invasion finds its setting and conflict: Tsushima, 1274 – the first frontline of the first invasion of Japan by the Mongols. Kuchii Jinzaburo and a band of exiles – a fellowship of petty scoundrels and disgraced warriors – find themselves ferried out of death row and shipped into a battlefield. There, those among them willing to fight alongside Tsushima’s defenders make their own contributions to this drama of bloodshed and sacrifice that, judging by the history, will amount to little more than a delaying action for the Mongols’ ultimate goal: the Japanese mainland.

But how did it come to this? How do the events from the history inform this animated fiction?

END_OF_DOCUMENT_TOKEN_TO_BE_REPLACED 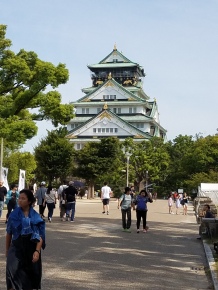 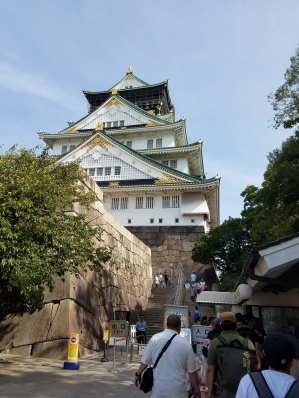