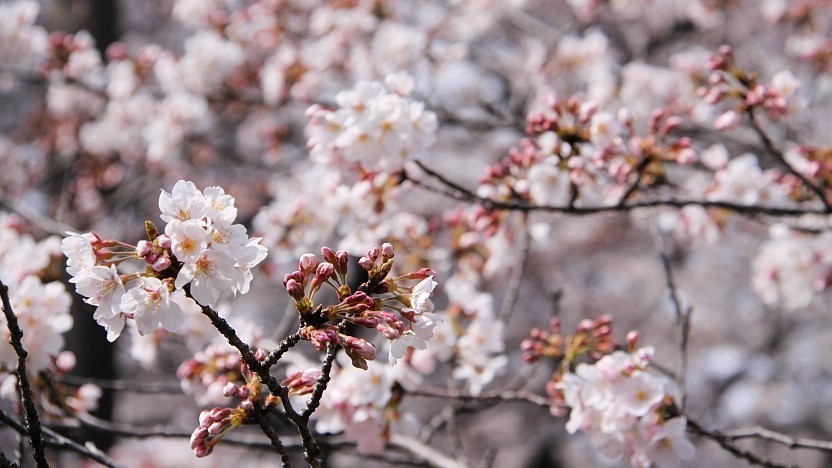 Non-management: I’d like to say that the cherry blossoms are in full bloom now and the seasonal warmth has returned like a lover’s caress, but it’s still freaking cold here. On the bright side though, the days are long enough now that I can enjoy sunset walks after work, and the mosquitoes have yet to emerge out of their spawn pools in force. Wait until the middle of spring and the approaching summer though, and you’ll see me taking a piss again about the bugs and heat. I’m always complaining about something.

Though I admit some of those “somethings” are things that are somewhat in my control. I do feel like that I’ve slipped in my diligence at learning Japanese. I hope to rectify that somewhat come the Japanese spring break, but mere hopes do not translate into results. Effort’s needed. Teaching elementary school students, I remember my own elementary school days, struggling with learning the ins-and-outs of English. Thinking about how much I struggled with English grammar back then, it’s a wonder that something thinks I’m adept enough now to teach English as a second language. Between all the time allotted in a week, I spend it assisting hundreds of students in English, writing about anime when the mood strikes hot, and self-medicating on videos to stave off a gnawing sense of inadequacy.

That inadequacy stems less from anything about Japan specifically (because that inadequacy’s more or less followed me from America) and more broadly from a gnawing sense of loneliness. I’ve been trying to spread out more, being social with people without being weird, visiting landmarks that I’ve always wanted to see. I’m an introverted nerd in the end who hasn’t fully shaken off his lifetime of social awkwardness though. There’s only so many days I can take off for extended vacations and mini-holidays. And… I suspect that I’m in love.

It’s a love I suspect will never be, and I’ve yet to make peace with that possibility. Without digging too far down, the girl I’m head over heels for is one of the sweetest, kindest, most open-minded people I’ve ever met. Whereas… looking at me, looking at myself… my compassion is conditional. I am stubbornly cynical. I’m far more narrow-minded than I’d like to admit. She is everything that I’m not, and everything I want to be. And even if we’re not living on separate shores, we still live several hundred kilometers away. She has a plan for her career, and I’m amiss at what to do after JET. Should I return to America? Should I stay in Japan? What would I do if I wanted to stay, and what kind of work could I do to sustain me? I still have some thinking time I need to allot there, on top of learning more Japanese, planning seasonal trips, and figuring out taxes.

Life goes on though, and it’s full of distractions. Spring is upon Japan, however cold its beginning happens to freaking be now, and students are graduating. I’ve seen my junior high students graduate, and I’ve seen my elementary students say their farewells. The graduation ceremonies are fascinating in their own right to watch. Well, I can’t really understand the majority (really, most) of what’s said during these events, but the motions of these ceremonies are really something compared to what I’m used to back home. I had the best view of my elementary students, and from what I can tell, the whole ceremony is a rigidly regulated affair, nigh military-like in presentation. That impression is helped by the fact that Japanese elementary school uniform retain their design influences from 19th century European military attire.

Students have a certain step they must perform when marching to the front. They have a certain swing they need to do when they walk to their seats. There’s a perpendicularity in pathing they follow in their stage approach, a perpendicularity to leg position they make in their stair ascent. The principal wears pin-striped slacks and a coattail-ed suit, and presents binder-bound diplomas with special white gloves. Students rotate their arms over their shoulders while they reach out towards their certificate. They motion each arm one-at-a-time before stepping back, heads down and hands aloft, clutching parchment like something holy. They even have a procedure for how they should close their diploma binders. Compare these graduations to the ones I’ve been a part of in America, where the more audacious graduates produce glitter after receiving their paper. I think Americans also have the Japanese beat on better looking graduation attire. We like flash and color as much as we like pomp and circumstance. Right, the Japanese don’t play Pomp and Circumstance during their graduations. 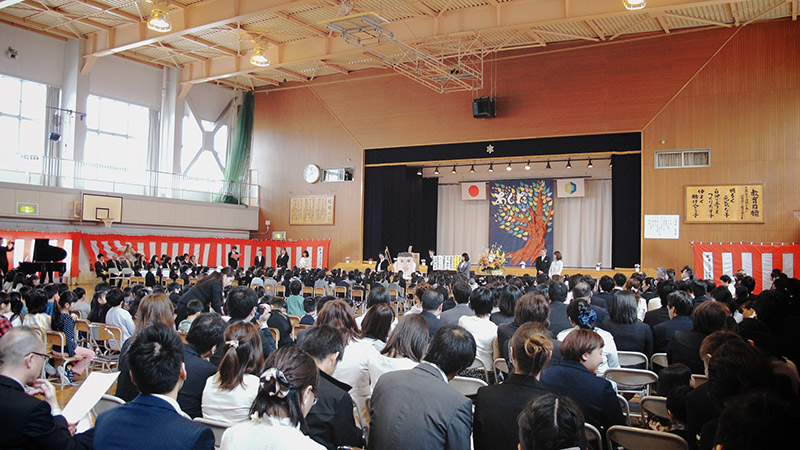 A graduation ceremony at not-my-school.

Right, the girl I like is graduating from college this spring. Well, at least I might see her again this season. Even if things never work out, I hope she remains the same blessed person I met in Tokyo.