Non-Management: This post is partly meant for me to exorcise my demons out of this whole  sad event. I ended up describing in somewhat graphic detail what I saw during my visit to Kyoto Animation, Studio 1 in the aftermath of the arson. If you’re sensitive to that, here’s your trigger warning.

Fortunately or unfortunately… the whole event has been… It feels bad to describe it all as normal luck… dumb luck? Maybe coincidence? Coincidence. By coincidence, I planned a summer trip to the city of Osaka. Osaka is pretty close to the city of Kyoto. Between Osaka and Kyoto is Uji City and Kyoto Animation and…. well, something terrible happened at KyoAni two days prior to my trip. I was already pretty close to the place from my Osaka, no more than an hours-long train ride north, and I decided I might as well pay my respects in-person. I intended to go right after starting my day in the morning, but the florist shops near my hostel had yet to open. Outside of convenience stores, Japanese businesses tend to start their earlier that what I’m used to in America. I decided to bide my time until the afternoon visiting the Kofun tumuli, but I had a hell of a time after circling around the tombs finding a place nearby that sold flowers. I eventually found some, bought some, and brought them on ride up. The ride was so smooth rolling into Rokujizo station that the sight of Studio 1 caught me surprise.

I’ve been on enough train rides in Japan that I’ve gotten used to the sight of Japanese suburbs, verdant greenery interspersed among gaily or faded color blocks of concrete, plaster, and oriental-tiled roofs of various lengths. Never black though, and the juxtaposition of black charcoal splotches over playfully orange butterscotch… it stood out on that building. It stood out as much as the duality of one of the young trees planted outside the building’s entrance: half green-and-hale, half brown-smoke singed. I’ve seen the images of Kyoto Animation, Studio 1 during and after the arson attack prior to visiting, but seeing it in-person and later up close was a different experience altogether. For starters, I doubt people looking at their lit-up glass screens could appreciate the place’s smell. Even two days after the fire, the place reeked of burning. The most the public could see of the interior is the first floor, its window glass and window frames blasted or warped by the inferno. We could only guess what the upper levels looked like from down below, but it probably looked black and ashy.

In a different time, I could imagine the first floor looking like a fun place. It had peculiar metal spiral staircase extending straight upward from the center of the building like a tree. Tree don’t bend like that under extreme heat though, and there was also this disquietingly noise, drip-drip. Water trickled down from the ceiling from what I can imagine to be an exposed pipe, someone forgetting or not bothering to shut off the plumbing. It hadn’t rained for a while. The exterior metallic piping within those black splotches’ boundaries looked shrunk, shriveled, bent out of shape . The metal oval KyoAni sign posted in front of the entrance of Studio 1 (once as shiny and legible as the identical one posted on another building in a different part of the city) was obscured with soot. The walls of the entrance hall looked like tree trunks in the aftermath of a forest fire. The outside looked bad. The inside looked gutted.

Media people were spread out all over the area, walking around with notepads and ladders, taking video or pictures of the wreckage of the grief, trying to interview who could provide them with a story lead. What looked to be investigators — boots, gloves, white shirts, dark slacks — walked out of the building’s side entrance, cameras rushing to follow them before speeding away in cars. Police were stationed there too, giving instructions to mourners as to where they could place the flowers they brought and asking onlookers to step away from private property. People looking on looked solemn or grim. A few of the women, one of them in cosplay, had handkerchiefs over their mouths, noses, and eyes. A middle-aged was thumbing through the beads of a Buddhist prayer bracelet while staring up . As I inspected the first floor, a younger man in glasses with a couple character goods key chains approached my right side before hunching down, tears in his eyes and prayers out of his mouth. On my left side was the original place I presume people were laying down their funerary gifts of flowers and fluids, plus this small K-on keychain that… almost brought me to tears.

For what I presume to be crowd control and neighborhood privacy reasons, folks related to the surviving KyoAni staff moved the site for funerary offerings away from Studio 1. They set up a new site at this canopy on the side of the road where people could easily line up. I ended up laying down my flowers and paying my respects there before walking up to the building itself. By the time I returned, when it felt definitely hotter, the line had doubled in size with men and women of all different ages. The flowers placed on the tabletops by those who came and left, of different colors but most especially of lively whites, grew so high in height that that the most I could see of the people underneath the canopy were necks and heads. On the ground underneath the focal point of the flower shrine were drinks, some sake, a few teas and coffees, but the majority of them bottles of water. At the focal point itself was a table top of wreaths, bouquets, and… fan art of KyoAni characters on autograph boards. There were two that devastated: one of Nozomi, one of Mizore, and some English words: #PrayforKyoAni

It has been… a painful time for many of us, and people other than me especially. It’s hit me, sure, but I know it’s hit others a hell of a lot harder than I. For me, they’ve created works that have entertained me and moved me to tears. For others, they’ve had such a dynamic and formative effect that they feel like they’ve lost a part of themselves. A beacon of hope and smiles in the anime industry was viciously targeted. A friend that made us laugh and smile was grievously hurt. The social media air is rife with turbulent and intense emotions. I see one warm glow out of all of this though, one that doesn’t singe or burn. The outpouring of mourning and respects I witnessed on that day was impressive and only grew in volume as time passed. Kyoto Animation is loved by so many people in Japan, that I can tell. But that hashtag next to those Kyoto Animation characters… that suggested far more. #PrayforKyoAni is an English phrase that most likely started trending outside of Japan, a phrase many Japanese latched onto retroactively despite having a whole other language to express their grief around. English is also the world’s lingua franca.

KyoAni has touched so many lives both within Japan and without. Whether they were physically present in Uji City on that day or not, whether they live in Kyoto Prefecture or have ever been to Japan, the whole world is grieving for KyoAni. KyoAni’s works are so beloved universally that they have transcend the boundaries of nation and culture. They’ve touched many peoples’ hearts. What this possibly portends for the future of the anime might be a bit audacious to predict right now, but let me at least say this. So many different and diverse peoples the world over are grieving this loss. Realize how far KyoAni’s come and how we’ve grown as a community, and let that be some small comfort as we #PrayforKyoAni. 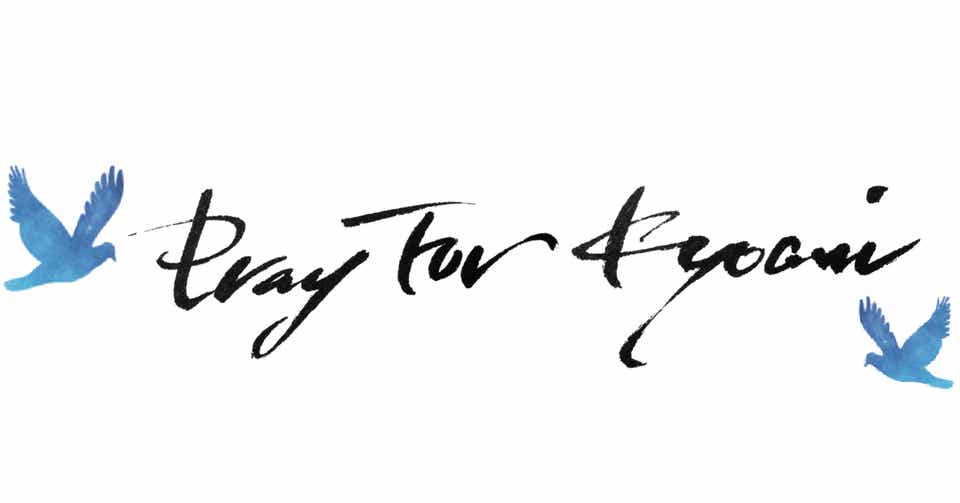