Management: This essay is meant to be less of a review and more of analysis of the show being examined. It contains plot spoilers for the Dororo anime. 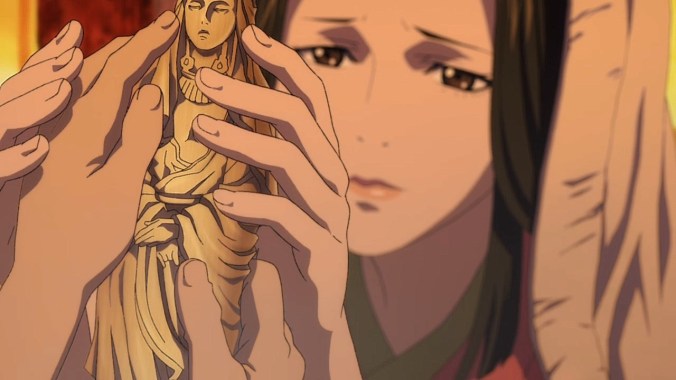 Wooden statuette carving of the Boddhisattva Kannon, Buddhist saint of compassion and patron of mothers. Typically depicted in Japan as a woman.

Historically, many societies have long associated certain actions and behaviors as being discretely masculine or feminine. At some point, academics came up with whole new terms to describe what makes some actions masculine and other behaviors feminine: instrumentalist and expressive. Instrumentalism is concerned with material provision, action, and violence. Expressivism is associated with emotional consideration, empathy, and caring. Given the patriarchal structure of the these societies East and West of the Bosphorous and up until (sadly) the present day, there’s long been argument and conflict between the assumed dichotomies of male and female as to which gender is superior over the other. Unfortunately, the female gender role has often been relegated the short end of the stick.

Despite the seemingly eternal, historical, patriarchal constant of male superiority, uneven past and more recent developments in societal gender relations have made egalitarian statuses for male and female gender as more the norm. Still more recent discourse has sought to claim that it’s natural and healthy for men and women to possess varying degrees of instrumentalist masculinity and expressive femininity. Some especially recent thought in gender studies, influenced by postmodern theorizing, argue that instrumentalism and expressivism aren’t inherently gendered at all. Following that logic, a sporty self-identifying girl isn’t anymore performing masculinity on an objective basis than a sensitive self-identifying boy is performing femininity. Conditionally speaking though, postmodern thinking of gender relations is especially recent and not very widely accepted as standard in today’s Japan.

Just because the latest thought isn’t standard, though doesn’t mean that older gender critiques present in anime storytelling lack any bite. Take the Dororo anime, for instance. Through its narrative, the show argues that, less than making men “men,” instrumentalism without any expressivism makes people inhuman, literally “demonic.” According to Dororo, being human is to be both masculine and feminine, or at least have a healthy mix of instrumentalist and expressive qualities.

END_OF_DOCUMENT_TOKEN_TO_BE_REPLACED 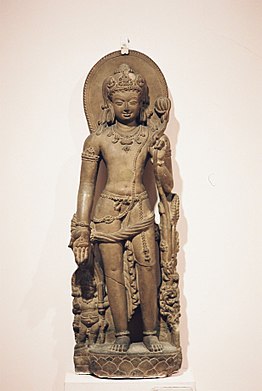 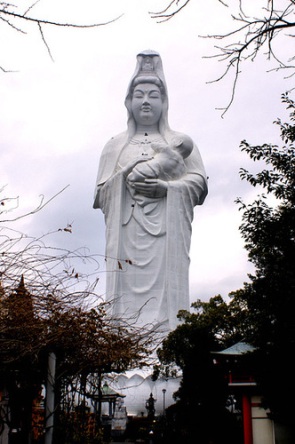 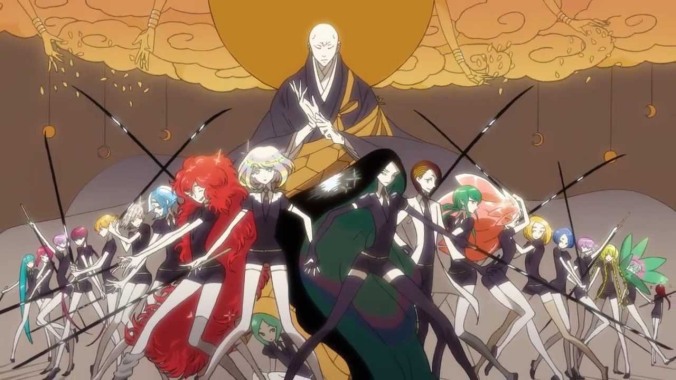 Given the sexless nature of the Lustrous and the Lunarians, I can’t help but wonder if the creator of Land of the Lustrous devised her characters with the Mahayana Buddhist conception of boddhisattva and buddhas  in mind. If she did, then that’s great. If she didn’t, then it at least gives me an excuse to talk about the show more, specifically in how genderless identity can be interpreted as being connected to Buddhist transcendence.