Management: While my opinion of the show is generally positive overall, this essay, by no means, is meant to serve as a comprehensive review, but rather, as an articulation and analysis of some of what I feel is this series’ most integral and interesting themes. This post mainly references ReLIFE Episode 11: “A Trip to the Past.”

Anime is already inundated by show after show of high school settings. It can get tiring after a while. I, therefore, couldn’t help but be intrigued by a 27 year old male protagonist looking for full-time work.  Expectations were betrayed somewhat when, one contract and one pill later, he got enrolled for high school looking ten years younger. I enjoyed it though. The show has its combination of high school shenanigans and old man jokes. I graduated from university recently and my back sometimes hurts.

As a fellow recent graduate, I found the male protagonist’s career troubles in ReLIFE relatable. I’ve felt the pressure of finding and working a job that’s financially sustainable and spiritually rewarding. The job I had until recently satisfied neither of those qualities. It was long hours of grunt labor from a demanding boss for menial pay and the expectation that I’ll eventually work my way up. And in the brief time that I’ve been employed in this line of work, politics specifically, there’s no shortage of people from the other factional camps undermining each other, suspecting each other, gossiping about each other, saying mean things towards each other.

It’s the kind of pettiness and nastiness that you expect that people, having graduated from school and/or aged enough, would have grown up and out from. Depressingly, exhaustingly, and perhaps even maddeningly, that’s not necessarily the case in either political America and corporate Japan. Kaizaki learns that lesson very harshly. To shake him out of his funk and find steady employment, he re-lives his high school life one more time for some healing… except that, as it turns out, high school life can also get pretty petty and nasty. And so, from a less than original premise, we get a somewhat novel perspective: high school life from a struggling salaryman.

END_OF_DOCUMENT_TOKEN_TO_BE_REPLACED

Management: While my opinion of the show is generally positive overall, this essay, by no means, is meant to serve as a comprehensive review, but rather, as an articulation and analysis of some of what I feel is this series’ most integral and interesting themes. This essay covers material from the “Level Upper” and “SisterS” arcs, found in both seasons 1 and 2 of Railgun. 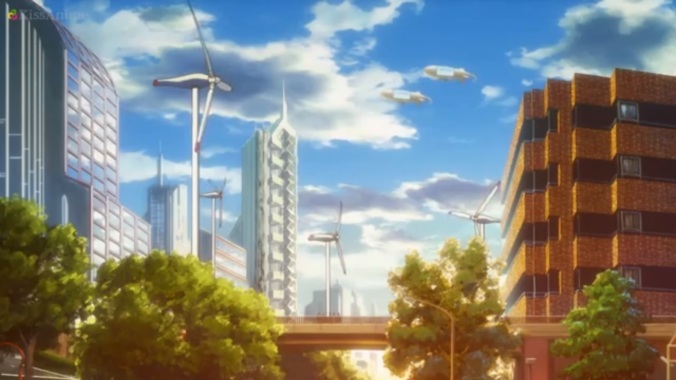 She loved. She lost.

The gleaming skyscrapers that line the urban canopies. The vandalized streets that strewn the urban dirt. Where the iconic windmills turn. Where windmills still iconic don’t. A place where aspirations come true and people become extraordinary. A place where dreams die and people struggle being ordinary. It is the fount of achievement. It is the source of resentment and exploitation.

END_OF_DOCUMENT_TOKEN_TO_BE_REPLACED

Management: While my overall opinion of Maoyuu Maou Yuusha, is fairly positive, this essay is, by no means, meant to be a comprehensive review. It is rather an articulation and analysis of what I feel are its most integral and interesting themes. It touches on the actions and ideas of some key modern and postmodern political revolutionaries, but their beliefs, by no means, are meant to be completely representative of mine.

Here are several ideas that Maoyuu Maou Yuusha brought up that interested me enough to jot them down in a somewhat organized essay form.

“I… as one who has a soul like your own, I have something I must tell you. I was… I was born as a serf. I was the third of seven siblings.”

Maoyuu Maou Yuusha began its airing by utilizing a not too uncommon fantasy trope: a human hero and a demon king facing each other in a pitched battle that would decide the fate of the world. The Human Hero would win, and the Demon King’s forces would crawl back into their hole, disappear into thin air, surrender unconditionally, or all drop dead. The Demon King’s war would be over, peace and prosperity would return, and happily ever after.

Shortly after its introduction, the trope was then subverted though inquires challenging its premise. Why demons weren’t simply evil, why war wouldn’t simply end, and soon enough, the show became an overarching study on the whys of conflict. Truth be told, beneath its fantastical exterior, the show is a narrative chronicle of history. History? Why, the history of revolution. A revolution of liberation from what was effectively feudal, a feudalism of landed noble lords and landless serf peasants, to what’s effectively more egalitarian. More… liberal.

END_OF_DOCUMENT_TOKEN_TO_BE_REPLACED

Management: While my overall opinion of Log Horizon is quite positive, this essay is, by no means, meant to be a comprehensive review of the series, but rather, an articulation and analysis of what I feel are its most integral and interesting themes. Much of this essay draws implicit reference to Modernist Political Philosophy, from Thomas Hobbes in particular, what with his conceptions of the state of nature and his views on the origin of power, though this is, by no means, a total affirmation of on my part of everything Hobbesian. 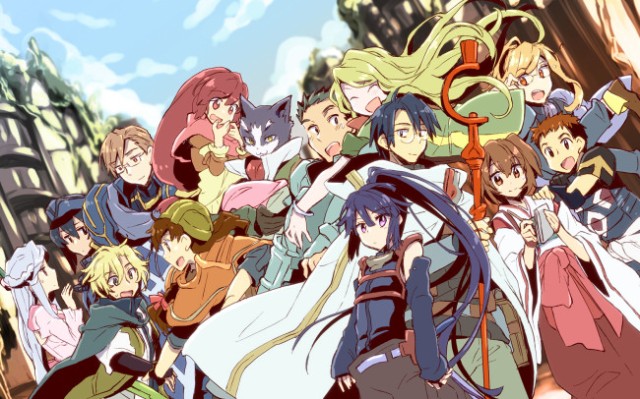 Here are several ideas that Log Horizon brought up that interested me enough to jot them down in a somewhat organized essay form.

Speaking as a former avid MMORPG player myself, when it comes to MMORPGs, or Massively Multiplayer Online Roleplaying Games, there are two general aspects of MMORPGs that I suspect people keep coming to them for.

First, then, is the aspect of RPG. I mean, for your average MMORPG player, who wouldn’t want to be part of some heroic triumph over beasts of Legend or Lovecraft, or serve at the honorable behest of some high lord or princess as one of his or her confidants, respectively. Hell, why stop there? Why not be the sole hero, or the sole confidant?

The ends of RPGs are thus. Immersion is the RPG’s aim. Empowerment is the RPG’s name. Those who play the roleplaying game are allowed to lose themselves in fantastical and brave settings, brave new worlds to conquer or become a part of, new narratives of which to consciously carve out as one’s own, like a knife to a landmark. This all still begs the question of why MMORPGs. Why are just plain old RPGs not enough for MMORPG players?

Last, then, is the aspect of MMO. Now, I’m not going to say that all people who enjoy MMORPGs are of a certain, peculiar nature, but people that play them tend to have… certain interests or display… peculiar idiosyncrasies. I’m, of course, no exception. Yet it needs to be said that neither certain interest nor peculiar idiosyncrasy denote, by absolute default, anti-sociability.

Players are people, and people, boiled down, are social creatures. As social creatures, we want social reference, desire social interaction, crave social reference somewhere with someone, whether that be in the form of a companion or even a competitor. More often than not, as “certain” and “peculiar” probably denote, this demographic of interest and idiosyncrasy comprise the minority in the general population. Moreover, this demographic is relatively sparse and widely distributed amongst towns, cities, and countrysides. And yet remarkably, the digital worlds of MMORPGs bring these relatively sparse and widely distributed people together into one forum, which even there can be divided into even more numerous subforums, guilds, in other words. The result is a community, some being tighter than others, a culture where dividing associations melt away in perceived gravity of mine and thine due to the time spent playing together, the bonds of fellowship forged through virtual combat and craft. A band of brothers… of sorts.